The Long-Term Effects of Wet Rot 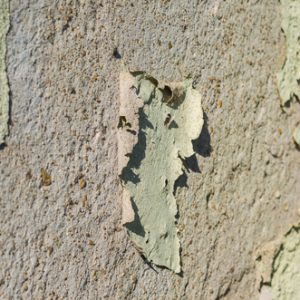 If left untreated, wet rot can be a serious threat to building stability. If a building has a timber frame or load-bearing timber within its structure, unchecked wet rot could possibly lead to the onset of serious structural problems within the property.

Signs of wet rot include a damp and musty smell or even signs of fungus growing on wooden surfaces. While initially, this may not seem to be much of a problem, if wet rot treatment is not rapidly carried out, catastrophic consequences could follow.

Treating wet rot once it is discovered is an urgent matter. If you notice any of the signs of wet rot, or if you see a patch of persistent damp, you should get it checked out by an expert as soon as possible. No matter the age of your building, wet rot is still a potential danger. In London, wet rot is an ongoing concern as buildings are packed together so densely.

Wet rot is an umbrella term for several species of fungus that all attack wood in the same way and thrive in the same kinds of conditions.

Cellulose, as the name implies, is central to the construction of the cellular make-up of many different organic forms. It is, in fact, the single most common organic polymer of any kind on the planet, and can be found in effectively all green plants. In wood, cellulose makes up the cell wall, which is the part of a cell that gives wood its structural strength.

The funguses that make up wet rot release a chemical called cellulase which is corrosive to the cellulose, chemically pre-digesting the material. As the fungus moves and consumes more of the cellulose in the wood, microscopic cavities are left behind in the timber’s overall structure, which has two effects on the wood.

First, they make it weaker overall as the molecules of cellulose are either gone or are no longer arranged in the rigid patterns that make the wood strong. Second, they create more free surface area for the fungus to move into, allowing the fungus to spread further. In nature, the bark of a tree provides the first line of defence against such a chemical attack. In a house, without this protection, timber can be very vulnerable in damp conditions.

White wet rot has a fibrous texture and presents itself as being stringy. The rot won’t actually appear white, instead, it shows as a light brown sheet-like growth. The most common being Phellinus Contiguus.

As the fungus consumes more and more of the wood, many different things can happen. Timbers may shrink as the internal structure of the wood no longer provides the internal pressure and resistance to maintain the shape and strength of timber’s outer portions. Wood will become soft and pliable to the touch, with very little external pressure suddenly having the ability to create severe and damaging deformations in the broader structure.

The ability of the wood that frames the property to bear the burden of the broader structure will begin to diminish, to the point where replacement may be the only viable option. Cracks visible in the timber itself could well be followed by splits and shifts in walls, brickwork, and other areas of the property. Without rapid treatment, the entire overall structure of the house could be placed at serious risk.

The fungus that makes up wet rot is most able to spread and consume more cellulose in damp and under-ventilated environments. These will be the first to be damaged, but by the time problems in these areas are noticed, it could well already be too late. If there is any serious chance that you think your property is harbouring wet rot, it is important to investigate further and properly treat wet rot to prevent a little problem now becoming a serious danger in the future.

What's the Worst that Can Happen?

Wet rot can ultimately destroy a property entirely if left untreated. The more wood that is present in the structure, the more dangerous wet rot can be, especially if the wood in question is load bearing or otherwise structurally vital.

Because of the way that many properties are built so closely together in London, damp can be contagious, and wet rot can often follow.

At Garratt’s Damp & Timber, we have expert specialists who can identify and treat wet rot in a fashion that leaves you with long-term peace of mind. We can offer a comprehensive solution, removing and replacing any affected timber and treating all new and remaining timber to prevent future issues.