How to Get Rid of Wood Boring Beetles in Furniture 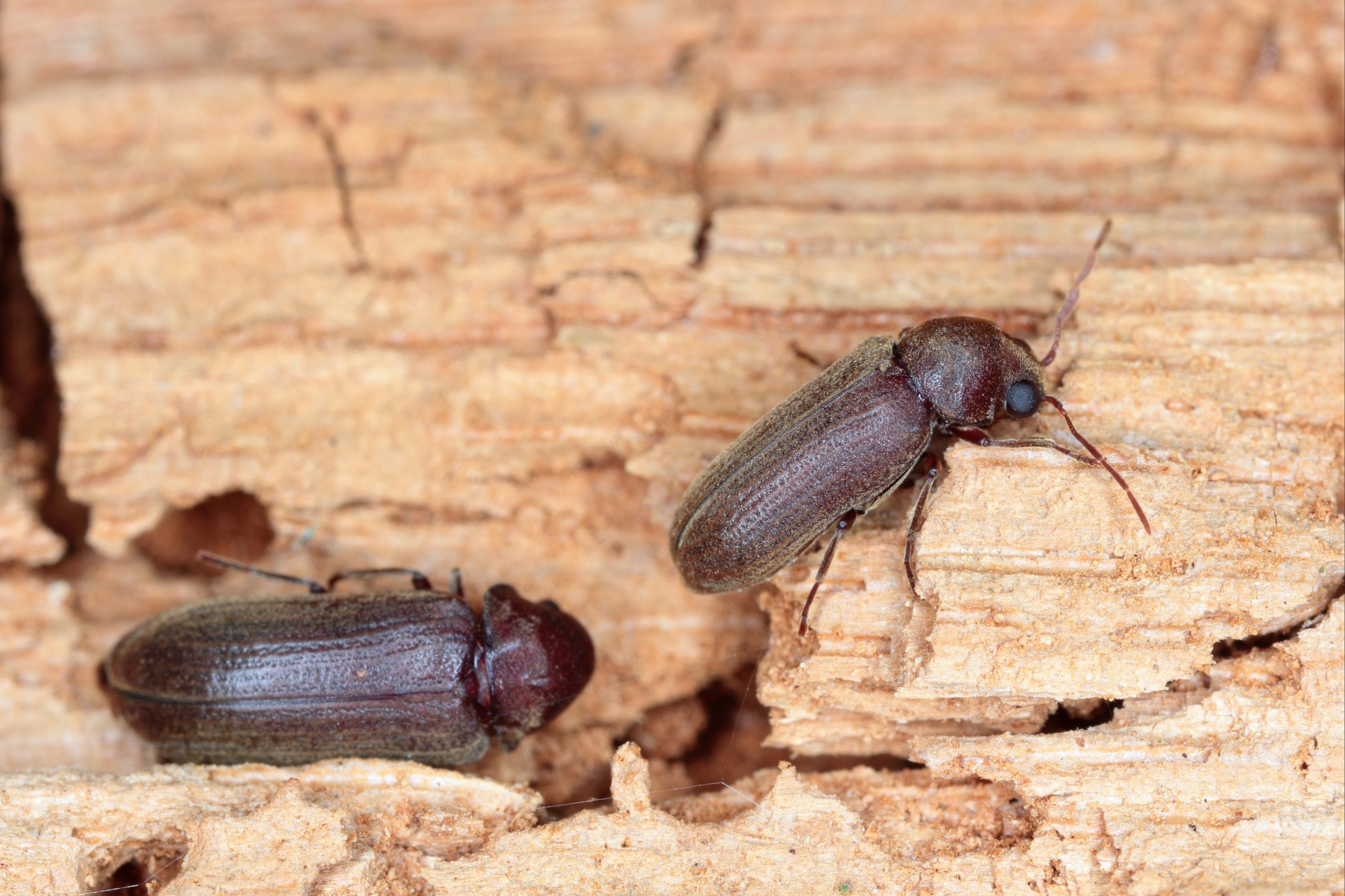 If you have wood in your home, be it in the form of a dining table or a garden shed, you may have seen the devastating impact wood boring beetles can have. From aesthetic damage to structural decay, wood boring beetles can gravely affect your wooden belongings before you even notice they’re there - by which time it’s sometimes too late to save your wood.

Being vigilant and knowing the symptoms of a wood beetle infestation could save your beloved furniture from attack, and knowing how to get rid of furniture beetles if they do manage to weasel their way in could be enough to minimise the damage.

What is a Furniture Beetle?

Furniture beetles are a group of insects that bore into wood. Their larvae reside in the wood and feed on it until they reach maturity, at which point the fully grown beetles emerge. Furniture beetles go by several names, but they are most commonly called ‘woodworm’. This phrase encompasses several different types of furniture beetles, including:

Where Do Furniture Beetles Come From?

Furniture beetles, otherwise known as woodworm, are a common nuisance and can be found just about everywhere. Sometimes they can be introduced to your home in the form of infested wood/timber, but other times they might be attracted to your house whilst looking for shelter – particularly in winter. Certain species may end up on your property in search of food in the form of garden plants, grains and packaged food.

For an infestation to take place, an adult female beetle will find a crack in the wood and lay her eggs in the crack. When the eggs hatch, larvae emerge and they spend the next two to five years eating the wood. In doing so, they create tunnels in the wood. When the larvae pupate and emerge from the wood as adult beetles, they mate and the process starts again. The emergence of the adult beetle is in the warmer months.

How to Spot a Wood Beetle Infestation

There are several ways you can identify a wood beetle infestation, though you may not notice the signs until the destruction of the wood is well underway. For this reason, it’s worth keeping an eye out for the following signs:

This is the most obvious sign of a woodworm infestation. When the larvae mature and are ready to leave the infested wood as a fully grown beetle, they will do so by tunnelling out of the wood, leaving holes as they do so. The size of the hole will depend on the type of beetle your wood is infected with. Most exist holes are no more than 5mm wide as a maximum, but larger beetles like the house longhorn beetle will leave much larger holes because they are so much bigger in size.

Like all species, furniture beetles need to rid their bodies of waste, and they do this in the form of frass. It looks like exceptionally fine wood shavings/dust and has a light colour to it. Frass can vary from one type of beetle to the next, with species such as the woodboring weevil leaving behind sticky frass as a result of its presence in primarily damp wood.

Frass and exit holes go hand in hand. If you find frass next to exit holes, this is a sign that you have an active infestation. Exit holes without the presence of frass are an indication that the infestation is an old one and that the beetles have long vacated, but it’s still worth checking the rest of your house for frass.

The third symptom of a woodworm infestation is visible damage. By this stage, the wood is typically beyond saving, but unfortunately, it’s one of the most common ways people find out they have a woodworm issue. If you find wood in your house is crumbling or weakened, that’s a sign that it could’ve been compromised by wood boring beetles. That being said, weak wood can also be a sign of wet rot and dry rot, so it’s best to get it checked out by a professional to be on the safe side.

How to Get Rid of Furniture Beetles

If you have a furniture beetle infestation, the best way to get rid of it is by hiring a professional team because a lot of treatments will kill the surface beetles but will fail to penetrate the wood and kill the larvae. Here at Garratt’s Damp & Timber, we specialise in several types of timber damage, including that caused by woodworm. Different species of woodworm will require different types of treatment.

How to Get Rid of Common Furniture Beetles

It’s thought that around 75% of all woodworm infestations are caused by the common furniture beetle (anobium punctatum) for which treatment is somewhat easier than with other species. A chemical spray is typically used, but it can be applied with a brush in hard-to-reach areas. If you’re wondering how to treat wood boring beetles in furniture, the brush method is largely accepted because it works on more intricate wooden surfaces.

How to Treat Other Wood Beetles

Some species of wood boring beetles are more invasive and harder to treat, including the deathwatch beetle for which a gel treatment is most commonly used.

If you think you have a wood beetle infestation, register for a free home survey with Garratt’s Damp & Timber. Our friendly and experienced team will come to your house and identify any issues and provide you with a no-obligation quote for woodworm treatment. For more information, please contact us.