Why Should I Consider Basement Tanking in London? 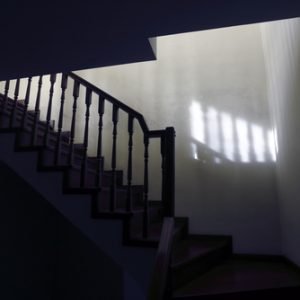 Basement tanking is essentially waterproofing your basement or cellar to ensure that it stays warm and dry, helping to keep it damp-proof and watertight. Damp and water can get into your basement and cellar easily when the structure is below external ground level and is unprotected without tanking/waterproofing. The ground bearing walls are at risk of hydrostatic pressure that is brought on by retaining groundwater coming to bear on the below ground structure.

Why is Basement Tanking Important?

While the basement or cellar of your home may not immediately seem like it is as much a part of your house as the above-ground areas, from a structural point of view it very much is. If water damages underground sections of the house, the overall structure could become unstable. Also, damp can move upwards through the house via capillary action. If water penetrates the basement level, it could very soon reach up to be causing problems elsewhere. As a result, it is much better to stop the problem at its source.

Why is Basement Tanking in London Particularly Important?

London has a set of unique situations and issues that make damp proofing a property as a whole more vital, and basement tanking, in particular, more essential.

What are the Different Types of Basement Tanking?

There are two types of basement tanking which cover the needs of the vast majority of properties, as well as what is called a 'sealing' system. Here is an outline of the main essentials:

The exact procedures and techniques of basement tanking that your particular property will require depends on several different factors. These include, but are not limited to, the following:

There are several different kinds of basement, and each requires proper understanding before an effective basement tanking process can be considered.

Rather than waiting to find out what basement tanking can do, it’s always better to get a professional to evaluate the situation now before it gets any worse.

For more information or to enquire about our basement tanking services, please call our team today on 0208 535 7536 and we will be happy to help.