Avoid Condensation on Walls in Winter 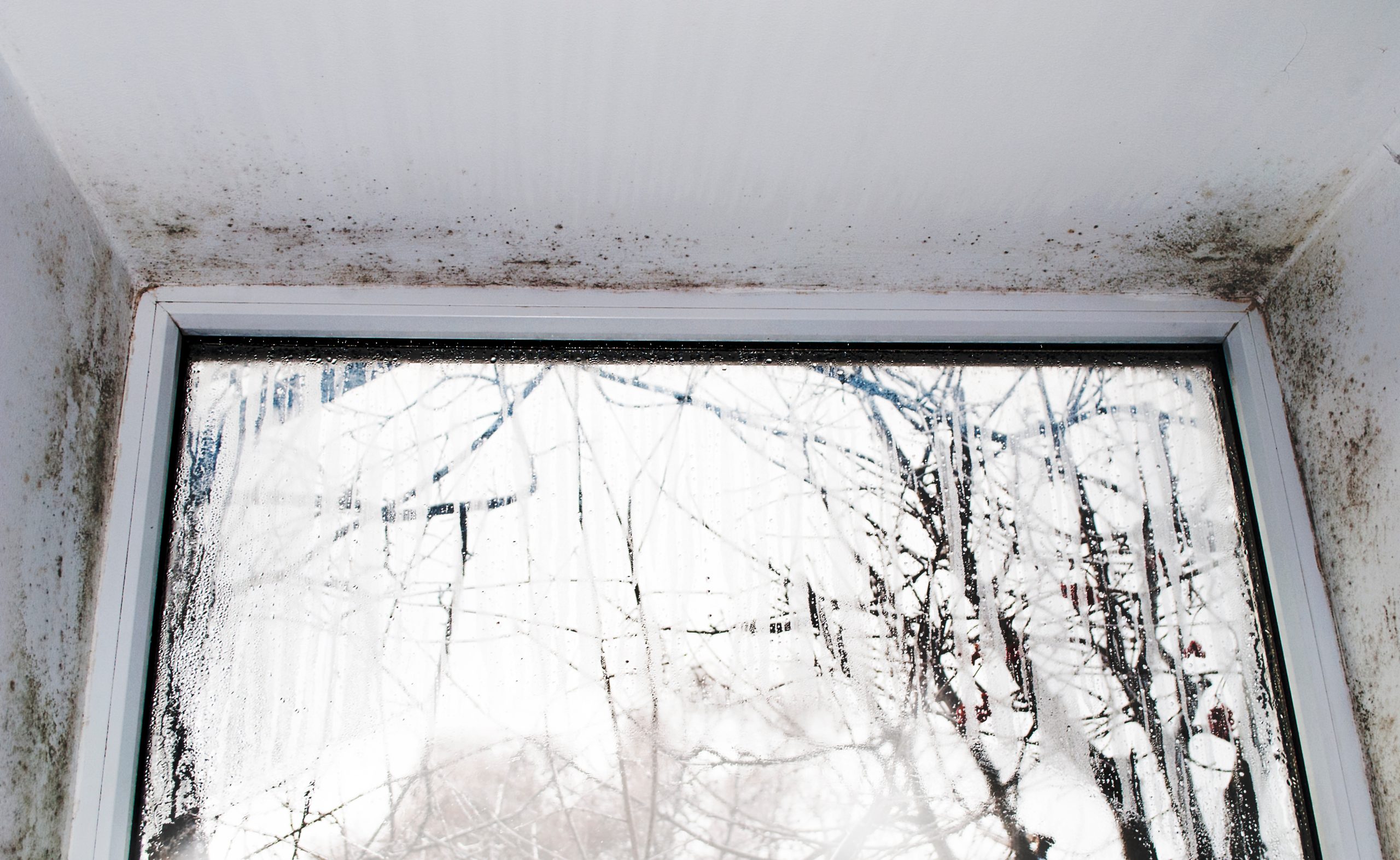 In an effort to retain cosiness and warmth within the home during the cooler months, many people have a tendency to keep windows and vents closed, but not opening your windows during winter could cause catastrophic damp issues.

If you’ve noticed mould and black patches forming around windows and walls in your home, there’s a likely chance it could be condensation. Condensation occurs not only in high moisture areas such as the kitchen or bathroom, but often in cooler rooms on colder external facing walls and near windows.

Condensation is more prevalent in winter due to the increased use of tumble dryers, central heating and the lack of ventilation that comes with keeping windows and vents closed. If left untreated, condensation on walls in winter could throw up a whole host of other damp issues as the year rolls on, as well as serious risks to your health.

Whilst it can be tricky to diagnose the different types of damp, condensation is a common issue that affects buildings of all ages and is something that is becoming more of a problem with the advancement of modern life – especially in winter.

It occurs when moisture in the air has no escape route and comes into contact with cold surfaces. This then forms droplets and, in turn, results in mould.

There are several causes for condensation, the most likely of which being poor ventilation and excess water vapour from showers, tumble dryers and cooking, but it’s important to remember that condensation can happen in any room.

With most houses now having double glazing, blocked fireplaces and with more of a push towards conserving heat within the home, there are fewer escape routes for the moisture in the air, leaving it lingering in the room and on the cold surfaces, resulting in damp.

How Can I be Sure my Issue is Condensation?

The tell-tale sign of condensation is the black mould that forms on walls and ceilings. It’s very distinguishable from other types of damp as a result of the dark spores and the fact it tends to appear in areas that are still, such as corners.

If you notice damp rising up your walls, or if you see moss-like damp patches on the lower exterior of your house, the cause could be rising damp. This is more common in older houses.

Dark patches of damp that form horizontally across the ceiling and walls may be coming from a structural issue and are referred to as penetrating damp.

If you’re unsure as to which damp issue you’re experiencing, we offer a damp survey service.

How to Get Rid of Condensation on Windows in Winter

If you’re wondering how to prevent condensation on windows and walls in winter when the heating is on and there’s a lot of moisture in the air, the simplest solution is to open them. Keep your vents open and try and open your windows every day for a period of time – namely after showering and cooking.

Wiping away the condensation on your windows will prevent it from turning into mould, which can be done easily with a towel or tissue.

In addition to opening windows and keeping rooms well-ventilated, investing in a dehumidifier is a good option. A dehumidifier will remove excess moisture from the air and work to prevent damp issues, but it’s not a complete fix and needs to be used in conjunction with other techniques and solutions. The negatives with de-humidifiers are the footprint in a room and the need to be emptied on a regular basis when the reservoir fills - temporarily stopping the machine from working. Humidity based extractor fans may prove more suitable.

It’s possible to clean mould off of walls in your house, but if you fail to implement any preventative measures, it will continue to return and the problem won’t be solved.

How to Prevent Condensation on Walls in Winter

Ensuring large pieces of furniture are not blocking radiators or set against external facing walls, thus preventing the heat from spreading throughout the room is a key factor when considering how to avoid damp, especially in winter when the radiators are more than likely on for a large portion of the day.

If heat is retained in one spot i.e. behind a sofa that is placed in front of a radiator, then your walls could fall victim to condensation and be susceptible to black mould.

A general rule of thumb is to keep all furniture away from external facing walls where possible – radiator present or not.

Installing an appropriate extractor fan in both your kitchen and bathroom will also prevent the build-up on condensation on your walls, as will small changes - such as leaving gaps between people showering, not using the tumble dryer at the same time as boiling the kettle and cooking on the stove.

Drying clothes inside increases the risk of condensation, so if you’re able to use a tumble dryer in a properly ventilated room, that’s the best solution.

Heating your house from cold to hot using high heat for a short period of time will increase the risk of condensation. Instead, try and heat your house on a lower heat for longer and try to maintain a level of warmth throughout the day.

What are the Risks of Condensation?

If condensation is left untreated for an extended period of time, it can eventually seep into the cavities of your house and cause structural issues, but this is a rare worst-case scenario.

In the majority of cases, condensation will ruin décor at most. Black mould will appear on the walls or ceiling and could cause paint and plaster to peel. Whilst this is cheaper to fix than issues caused by other types of damp, it’s an unnecessary expense that could be avoided.

The black mould that forms on walls and windows can cause respiratory issues and affect the sinuses. It can even cause bronchitis. On top of this, black mould attracts dust mites, and an increase in dust mites could trigger flare-ups of eczema and asthma.

Rashes and skin reactions, paired with breathing issues, mean it’s essential to treat condensation as and when it appears for the safety of your household.

If left untreated, the mould could spread across a room and will require more effort to remove. Condensation is something that will affect most homes at some stage, but the good news is that it’s relatively easy to prevent and treat.

If you have a more serious condensation issue, or if none of the solutions listed above rid you of your problem, we’re on-hand to give you advice and provide professional help. Simply contact our team and we’ll arrange a damp survey.