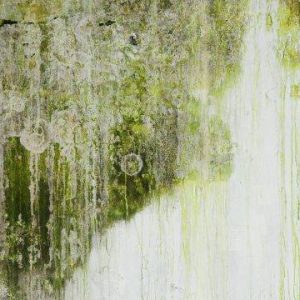 Damp is not only a common home concern, but it can also be a serious one, too. If your home has inappropriate ventilation or an extremely tight air seal, then it will be significantly more difficult for moisture to escape your property. This is one of the biggest reasons why damp can go from a minor concern to a large-scale issue that requires a damp survey to identify and investigate the issue, before recommending the most appropriate treatment.

Saying this, good ventilation isn’t a sure-fire way to solve your damp problems. There are many different types of damp, all of which have varied signs and causes. Ventilation is great at addressing damp caused by condensation but won’t be very effective at dealing with some of the other problems you may come across. This is what makes damp so problematic – even if you notice that you have a damp problem, it’s a whole new challenge trying to work out the cause of the issue and without knowing the cause, you can’t get it fixed.

Here at Garratt’s Damp & Timber, we offer damp surveys to help you understand the scale and severity of the damp issue you are facing. With over 15 years’ experience, we’ve seen it all, which is why the team has compiled a handy shortlist of the most common causes of damp that you might come across.

While we hope that this guide will prove useful to you, we would always recommend instructing a damp survey for your peace of mind.

The first cause on our list is something that can affect all manner of buildings, from residential homes to commercial property. Plumbing systems are usually quite hardy – but that doesn’t mean they’re invincible. Every day, thousands of pipes burst, spring a leak or become damaged through years of use and each of these plumbing problems can lead to damp in your property.

Even the tiniest of drips from an old or damaged plumbing system can result in a much larger patch of damp. This is because all the water droplets are concentrated in one spot, meaning that the excess will soon begin to spread further across the surface. It’s not just old plumbing systems that can cause an issue, though. Sometimes, new plumbing and pipes can drip to begin with, so if you are planning to install a new system, it is well worth keeping an eye on the situation.

One of the most frustrating things about plumbing problems is identifying where the leak is located, simply because most of the pipes are hidden. However, if you notice damp in a particularly hard to reach area or in a space that you know features lots of piping like the bathroom or kitchen, then ensure that you check the piping when you can. As always, we would advise enlisting the help of a professional to deal with this.

Almost every property has some form of guttering to catch and channel rainwater off the roof. However, if the guttering becomes damaged or blocked, then you can encounter damp issues in your home.

In the best-case scenario, leaky guttering is just a result of a build-up within the gutter, whether it be moss, leaves or dirt. This debris can block the flow of water and cause issues but luckily, it has an easy fix – simply remove the debris and you should be okay.

In the worst-case scenario, the guttering has cracked or broken and is no longer redirecting water off the roof and away from the property. If left unattended, this can lead to extensive damp patches and problems which have the capacity to cause further serious issues within your home.

Where possible, we recommend keeping an eye on the health of your guttering and removing any debris as soon as possible to keep problems at bay.

Window sills are regularly overlooked as a cause of damp. Most windows have outside sills as well as inside ones; the exterior sills are designed to help rainwater run off and away from the window. If the outside sill is damaged, missing or blocked, this can result in a build-up of water at the bottom of the window which can quickly become a damp issue if left unattended.

If you’re noticing damp beneath your window, check the outdoor window sill after it’s been raining and see if there is any sitting water there.

Downpipes are the pipes connected to the guttering which allow the captured water to flow safely down to the ground. Generally, these pipes are built in sections and secured to the wall with brackets but if they become damaged, the water flowing down them can escape where it shouldn’t.

In particular, old-fashioned iron downpipes often rust through at the back, often going unnoticed as the issue is not in plain sight. This can lead to cracking and damage that allows water to break through, especially during heavy rainfall. Certain types of downpipes are also prone to get blocked with debris washed down from the guttering. Keep an eye on your guttering and downpipes to look out for this, especially during periods of heavy rainfall.

The cause of damp in cellars, basements and converted cellar rooms is almost always the same. Due to their positioning underground, these spaces are prone to suffering from penetrating damp, which occurs when ground water comes to bear on the cellar walls, floor and internal finishes. This often results in sulphate salting and associated disruption to surface. Addressing this issue is difficult and requires basement tanking to either prevent the moisture from entering the walls or divert it away using a sump and pump.

If you notice a damp problem in your cellar or basement, you should always ask a professional like the team here at Garratt’s Damp & Timber to investigate the issue and recommend the best solution for you.

For more information about damp proofing and the causes of damp, or if you suspect that your property may be suffering from damp, please don’t hesitate to get in touch with us today.